Back in November I was staying at Loft Hostel in Budapest when I met a friendly Canadian named Andrew. He works for Canadian Airlines, which has the perk of being able to fly standby on any of their flights. I met him hanging out on the couch at a tiny homey hostel and we became fast friends. He is a boisterous, incredibly gregarious fellow that will bashfully talk and exchange joking remarks with everyone. Definitely a likable guy.

Fast forward several months, He had messaged me a asking what my summer plans were, and I mentioned I would be in Japan. He had been planning on going to Asia, so he flew out to Tokyo this week met me over here. It’s a cool thing to have international friends who you only hang out with in different parts of the world. I hope the future is more like that. 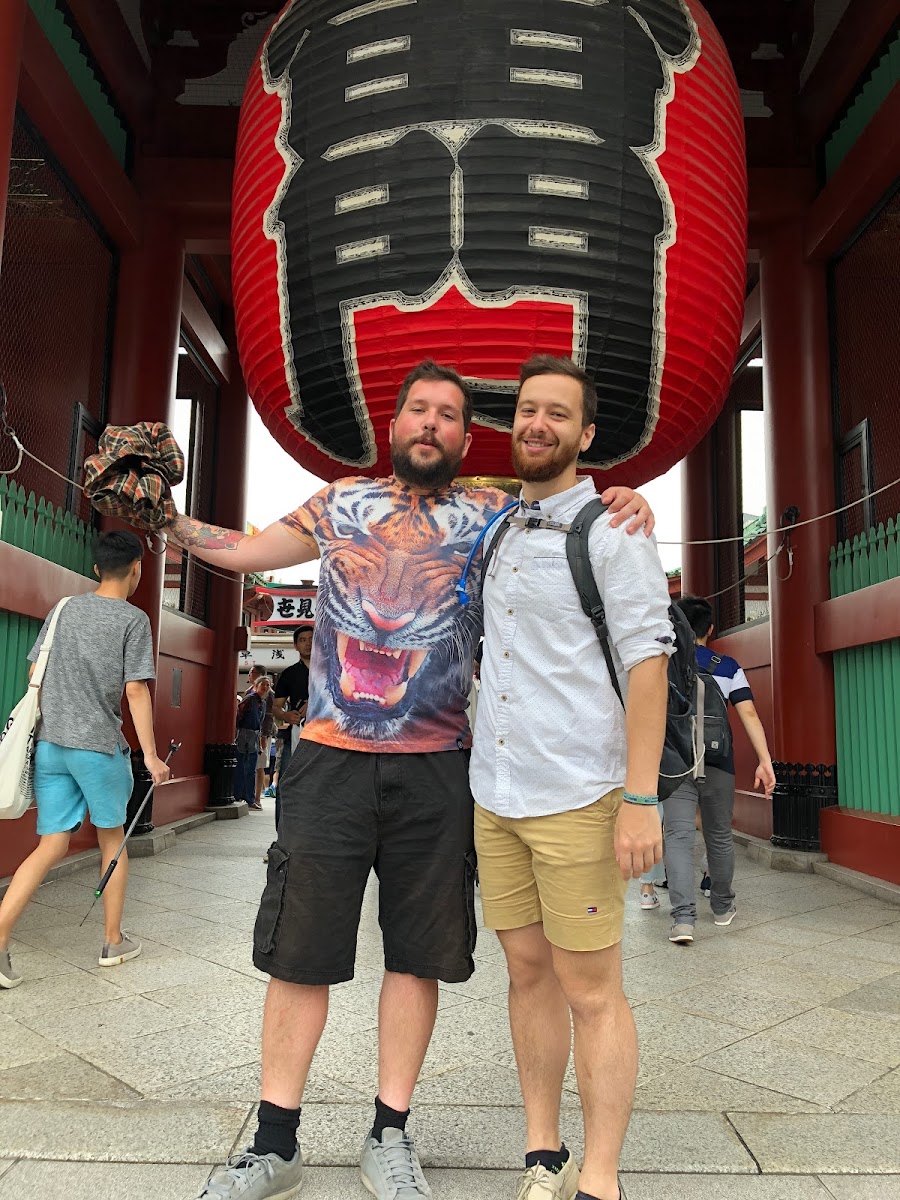 I squeezed some time between work sessions to hang with him and his fellow travel partner Tatiana. We walked along the manicured lawns of the Imperial Palace garden, because turned out the Palace itself was closed on the day we went. The Palace is supposed to be another stunning example of traditional Japanese Architecture, right in the center of Tokyo.

We did manage to make it to the Fish Market, which is a famous spot where the tuna fisherman will auction off their wares to local restaurants. It’s supposed to be a really cool experience, except it happens at about 5am, so you have to be an early bird or still on US time to pull it off. Instead we went to the market for lunch and snagged a sashimi bowl. The raw shrimp was probably the most difficult piece to eat, but being a sushi fan the rest went down pretty easily. 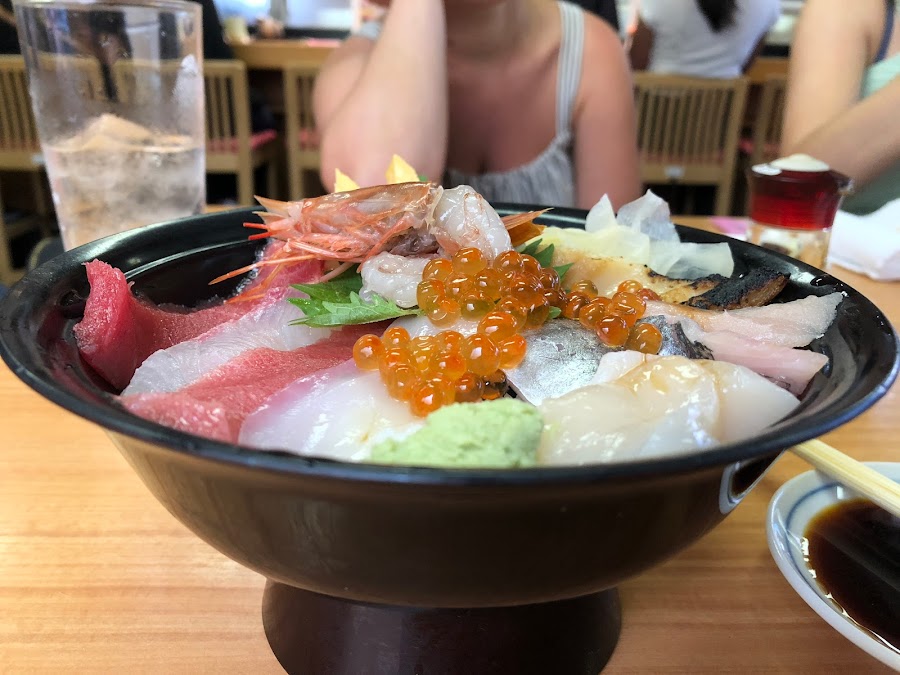 I volunteered at Venture Cafe Tokyo this week. They gave me a Venture Cafe shirt to add to my collection. Theirs say “Action Trumps Everything”. I find that the English interpretation of Japanese has a peculiar archetype to it, and I can’t quite put my finger on it.

The Venture Cafe has been an incredible event for networking, I’ve been pitching the consulting company and have a couple bites. Also some really important people seem to like to go to Venture Cafe. I was talking with the minister of economic affairs when the director of Japans largest investment firm walked by. We were introduced, we chatted. Next thing I know he’s interested in having a meeting about my consulting company! Now I just need to figure out how to get the company’s valuation up from about nothing to 100 million…

I also have become pretty close friends with the organizer, Takuo. He went to Northeastern as undergrad and Babson College. We ended up going out after Venture Cafe to catch the Japanese soccer game at a local Isakaya bar. We ordered a round or two of the popular Japanese bar drinks called Highballs (whiskey and club soda), a slew of Japanese Bar food. The only semblance of American food was the fries. A small island of familiar food amongst a moat of kimchi, kushiyaki, korean fried chicken and Japanese mayonnaise. Needless to say we missed the midnight train home (last train), so the group of us wandered around until we found a family restaurant that was open. We snagged a booth and hung out, drinking coffee, beer and milkshakes while chatting until the trains opened back up at 4am.

On Saturday I went to a spin class with Tatiana and another Tokyo friend I met, Van. It was a VR spin class, with a huge panoramic movie screen that takes you along a TRON like roadway through futuristic civilizations while loud dance music cheers you on.

Later that night I went out with Andrew, Tatiana and our hostel friend Damien to meet up with some of Andrew’s older coworkers. Turns out he’s not the only one who takes advantage of the free Canadian Air flights. We ordered some highballs and sat in a loud, hot, lively Izakaya restaurant in the Shinjuku district. Shinjuku is known for being a little crazy, usually filled with the younger crowd and full of the gleaming thin billboards that line the edges of the city buildings. 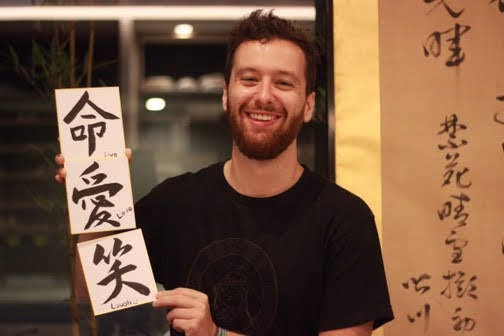 As it turns out, Runa from the Venture Cafe late-night group taught calligraphy, so I convinced her to give me a lesson. She stopped by my hostel on Sunday and we went to an arts and craft store to pick up all the necessary paint supplies, and she taught me how to write a couple characters. I made three signs that say: “Live, Love, Laugh”.

Here’s a video of me painting. So much pressure riding on each stroke, because I only had three cards to do it right.

That’s it for now, see you next week.